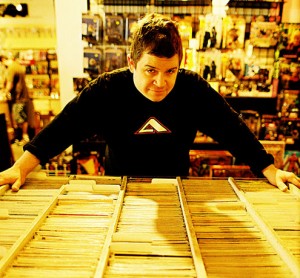 Actor, comedian and self-professed comic geek Patton Oswalt guest stars on Parks and Recreation this week as a concerned citizen that holds up a Pawnee City Council vote by enacting an old law that allows citizens to filibuster city council meetings. The producers told him to improvise his speech and for eight glorious minutes, he detailed an amazing storyline he feels J.J. Abrams should incorporate into the next Star Wars film.

This is the entire clip is unedited and raw, and all done on the spot. This guy deserves an Emmy. Or at least his own lightsaber.