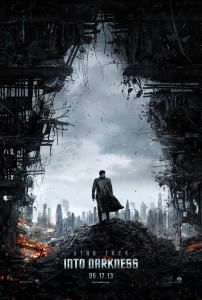 Though it took J.J. Abrams and company over three years to make it, the sequel to their 2009 hit “Star Trek” reboot is nearly upon us. And with any coming feature film, the masterminds behind it love teasing their audience with preview trailers leading up to opening day.

The powers that be just released the first teaser trailer for “Star Trek – Into Darkness” and boy does it look amazing. Benedict Cumberbatch is front and center in this one, which will leave many speculating if he is, in fact, the re-imagined Khan Noonien Singh from the original television series and the fan favorite “Star Trek II: The Wrath of Khan.”

Check out the video and leave your comments as to who you think Cumberbatch is below: