When it comes to finding a job in this terrible economy, I sometimes feel like Jack Ryan in The Hunt for Red October. 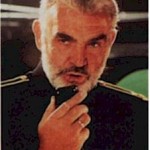 He looks much better in a British Naval uniform, but I digress.

In the film, the Central Intelligence Agency’s best analyst is tasked with finding a missing experimental nuclear submarine, the USSR’ Red October, by trying to ascertain the nature and motives of its hard-nosed Latvian captain Marko Alexandrovich Ramius (played by the legendary Sean Connery). The depths (no pun intended) Ryan must go to in order to make contact with Ramius and eventually bring in the high-tech piece of naval machinery are, at times, inconceivable but nonetheless entertaining. (I won’t ruin the rest of the movie for you because it’s a really great film.)

I find myself in a similar situation, searching far and wide for my proverbial Red October within the massive digital expanse that is the internet, namely a full-time employment. With the unemployment rate sitting at a whopping 9.4%, and with the number of comparable competitors growing drastically with passing each year, the odds at landing my dream job – – writing and curating video game news, reviewing games and leading a gaming based podcast – – seem slim at best.

So, what’s a job hunter to do? So far, in my job searching, I’ve called in markers with friends and family, applied blindly to every position I’ve had come across my computer screen, took jobs in fields that are very different from my goals, begged and pleaded — and even groveled a bit — via email and phone to HR representatives of major gaming news networks in order to get just get my foot in the door.

So far, nothing has really assisted me in completing my mission of obtaining video game writing superstardom.

These series of events have left me very disconcerted. What if you know in your heart that you can make a difference for a company working in a field you love but have little exposure to human job recruiters because of the automated nature of the job application process blocks you from human contact?

Every day, more news organizations and other journalism services have turned to accepting online applications through automated systems, which may suit large HR departments who want to manage the wealth of applicants that reply to their need for help, but hurt the job seeker’s chances at making a strong first impression with a live human being.

Many jobs are won and lost on how you present yourself via initial introductions (Yes, I know that applies to email and phone calls as well. And yes, I know that means I left a horrible impression on those video game HR people. I chose to roll a hard six. Sometimes it pays off. Other times it doesn’t.)

But, how can you win the game when the job search robots of Skynet prevent you from entering the field of play?

The impersonal nature of job searching has really damaged my calm. I’ve lost count of the number of online profiles and applications I’ve created over the last two years, all of which have resulted in not one return phone call from a human being. The only strong journalism employment opportunities I’ve interviewed for developed from relationships made in the past or with my former classmates from the CUNY J-School. For that I am very grateful, but these bonds can only stretch so far.

Soon, I shall return to the free agent pool, actively pitching myself again to the corporate cyborgs curating the job applications that litter the Intrawebs. And I really don’t know what’s going to happen from here on out . . . and it frightens me a bit.

If only I had a super secret Russian submarine to hunt down. I bet I’d be good at that job.