In April 1961, President John F. Kennedy ordered the most dangerous and aggressive overthrow of a sitting foreign ruler in the country’s still expanding history — namely, he green-lit the assassination of Cuban dictator Fidel Castro.

Though the mission, coined the Bay of Pigs Invasion, was unsuccessful, it stands a dramatic turning point in the Cold War, and in global history as well.

This benchmark event also serves as the starting point for the single-player campaign of Call of Duty: Black Ops, Treyarch’s latest offering from the wildly successful first-person shooter franchise. Conceivably but unofficially, Black Ops’s timeline bridges stories of the past that centered on the gruesome events of World War II, with the recent Modern Warfare series featuring the diplomatic frying pan that is the Middle East.

After playing through the brief but engaging single-player campaign, as well as jumping into the game’s online multiplayer system, I can safely say that where President Kennedy’s mission into Cuba failed, Treyarch’s digital black operation is nothing short of an overwhelming success. 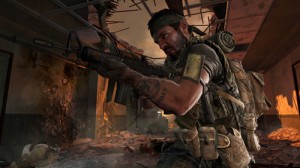 Your wingman Woods. He's a tough nut to crack.

As Alex Mason, a hard-nosed CIA operative, players begin their single-player experience tied to a wooden chair, fielding intense questioning from an unknown interrogator off screen. A mix of historical archive footage from the 1960’s and computer-generated cut scenes (these are memories from Mason’s past Black Ops missions conjured up by the drug-induced interrogation) eerily and rapidly flash across the screen throughout the story.

The narrative reconstruction of these fractured scenes, set in Cold War era locales such as Vietnam, Cuba and Russia, is the foundational basis for the game’s vivid and engaging storyline. Visually, the technique comes off as a bit offsetting at first, but ultimately adds to the inherent noir of the game. The story-telling choice also keeps you on alert as you navigate the plot?s twists and turns, as penned by Treyarch’s exceptionally talented writing staff.

The action found in Black Ops is exactly what you would expect from a Call of Duty title – grab a gun, take cover and kill enemy combatants before they kill you. Most of the series’ staples, like the M16 assault rifle and the MP5K submachine gun, return for duty in period versions used by the militaries of the world. Also, most of the equipment seen in the Modern Warfare series, like frag and Semtex grenades, Claymores and C4, make cameo appearances here as well.

When it comes to weapon variety, it’s evident that Treyarch wanted gamers to have every possible annihilative option under the sun. Your arsenal in Black Ops ranges from the supremely destructive Grim Reaper, a new multi-shot incendiary rocket launcher that fires 4 rockets at once, to the silent but deadly combat knife melee attack. Because of this, players can spend a large majority of their play sessions simply discovering new and imaginative ways to destroy their opponents. 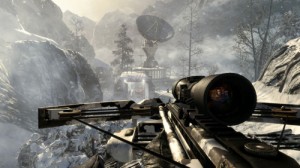 Have crossbow, will travel.

The game also introduces the ultra slick RC-XD, a remote-controlled car with a detonating brick of C4 strapped to it. Simply place it down on the ground, drive through an area, and when you find an unsuspecting enemy, activate the RC bomb. Watching opposing forces scramble and fire their weapons in terror as a small toy car rushes behind their defensive barriers is quite an amusing sight to behold.

When gamers talk about their experiences with the Call of Duty franchise, most if not all of their stories revolve around the game’s intense and in-depth multiplayer mode.

The shining star of Black Ops’ multiplayer mode is the upgraded Create-A-Class system, where players for the first time in the Call of Duty series, can tweak their physical appearance, customize their weapon load-outs down to the color dot in their sights and create player logos from a wide variety of templates.

Players can purchase in-game items through COD points, which are earned through completed games and experience points. Gamers can also reap cash windfalls and huge amounts of experience points by taking contracts to accomplish pre-determined tasks, such as stabbing an enemy in the back during a game or winning three Team Deathmatches before a timer runs out. 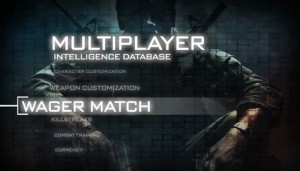 Don't gamble all your winnings away . . .

Treyarch’s outstanding ability to think outside the standard realms of creativity comes to the fore with three unique visual options: 1) the ability to engrave clan tags and emblems onto purchased guns, 2) the choice to refit RDS reticles with custom patterns like smiley faces, hearts and crossbones of varying colors and 3) the expanded list of gun camouflages players can plaster onto their digital boomstick. These three minor modifications take Black Ops to new, rarified levels of visual coolness and in-game interactivity.

The critically acclaimed feature from Treyarch’s last Call of Duty title, World at War’s 4-player Zombie mode, returns in Black Ops completely overhauled for quicker and easier online connectivity. All of the negatives found in the previous version of the game mode — the dropped frame rates, model clipping and long lobby wait times — are gone, making it both utterly enjoyable and extremely nerve-racking.

(Author’s note: There’s also a neat secret level in Zombie Mode that shoots this game to the top of my playlist. I’m not one to spoil surprises for you, but once you get to play it, you will understand the utterly amazing scenario it presents to the gaming public.)

The only negatives found here revolve around the length of the single-player campaign and the frustrating nature of playing online matches. The single-player experience is desperately short, conquerable within 8-10 hours of gameplay on regular difficulty. The other special features within the game, however, especially hidden gems like the retro top-down zombie shooter Black Ops Arcade and Zork I: The Underground Empire, the 1980 puzzle RPG recently acquired by Activision, distract you long enough to get lost inside the world of Treyarch. 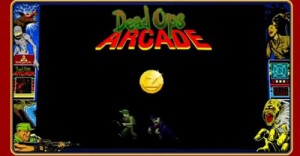 Secondly, getting into an online session is nothing short of frustrating. While the Zombie Mode works flawlessly, the rest of the multiplayer construct is filled with bugs. During the time spent searching for Black Ops’ lobbies, leaders often log into games while the rest of their party members are dropped and left behind — a coding conflict that ultimately kicks the entire party to the game’s digital curb.

Patches have been promised within the coming weeks, so there’s hope for this problem to get fixed. However, for a game with such a lengthy development, you’d think that all of the wrinkles would have been ironed out by now. For hardcore gamers, it ultimately thwarts the overall experience and forces players to surrender before ever reaching the digital battlefield.

Overall though, Call of Duty: Black Ops is the superlative first-person shooter in the franchise’s long history. The utter intricacy and forethought laced into every aspect of this title — from the player and gun model animations, the intense musical cues, the realistic sound effects and exciting action — is nothing short of breath-taking.

Do yourself a favor and immediately enlist with Call of Duty: Black Ops. Just remember that, like the Central Intelligence Agency, the game can disavow any knowledge of your existence if you get caught operating behind enemy lines.