(Editor’s Note: This article was written the Spring of 2009 during my tenure at the CUNY Graduate School of Journalism.) 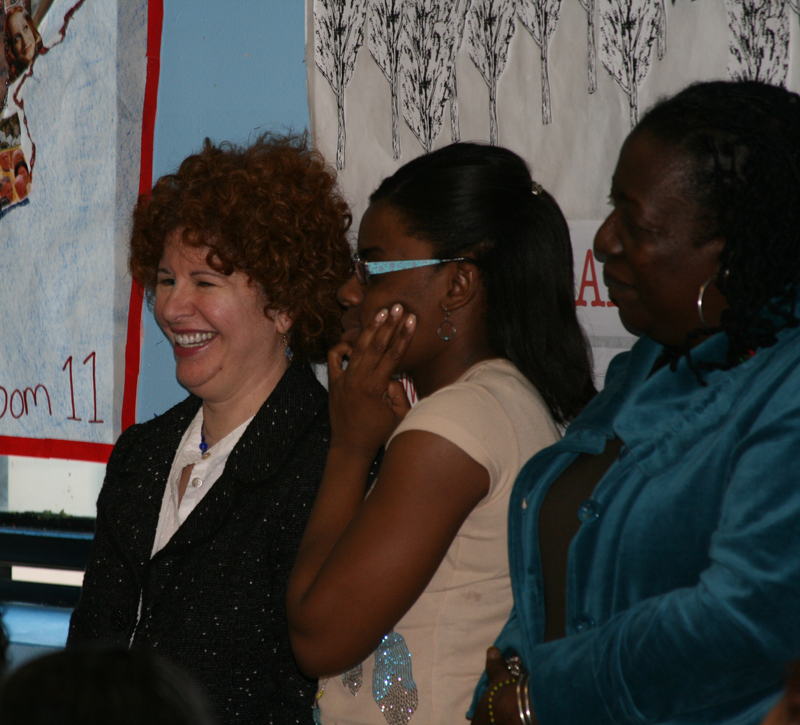 In an unassuming six-story brick building under the Manhattan Bridge, an exhausted Hannah Achtenberg Kinn sat down in her office chair. She traveled to China and saw a traditional Chinese New Year paper dragon dance performance. She went to Puerto Rico and heard a spirited performance from a live salsa band. Kinn later returned to Asia and visited Japan’s famed Kabuki Theaters, all before the end of the day – – without exiting her organization’s D.U.M.B.O. headquarters.

Established in 1953, the not-for-profit League Center provides clinical and educational treatments to 500 children and adults diagnosed with autism or other severe mental handicaps. This annual festival demonstrated the Center’s use of creative arts therapy in their classrooms.

The League incorporates the arts to help educational progress on a daily basis. In the morning, classes sing a song welcoming each child to school in order to reinforce student’s names. Students spend at least one half-hour period engaged in “movement” exercises, such as the “Hokey Pokey” and the “Cha-Cha Slide,” to teach students about their body parts and to master spatial relations. Classes also attend a required half-hour period of music instruction where they each learn how to play instruments such as the recorder and drums.

Funded by both the federal government and private institutions like the Robin Hood Foundation, the League enrolled 250 children in 2008 at no charge to their parents. The children follow a normal NY Board of Education calendar and receive meals, school supplies and clothing from the League if necessary. 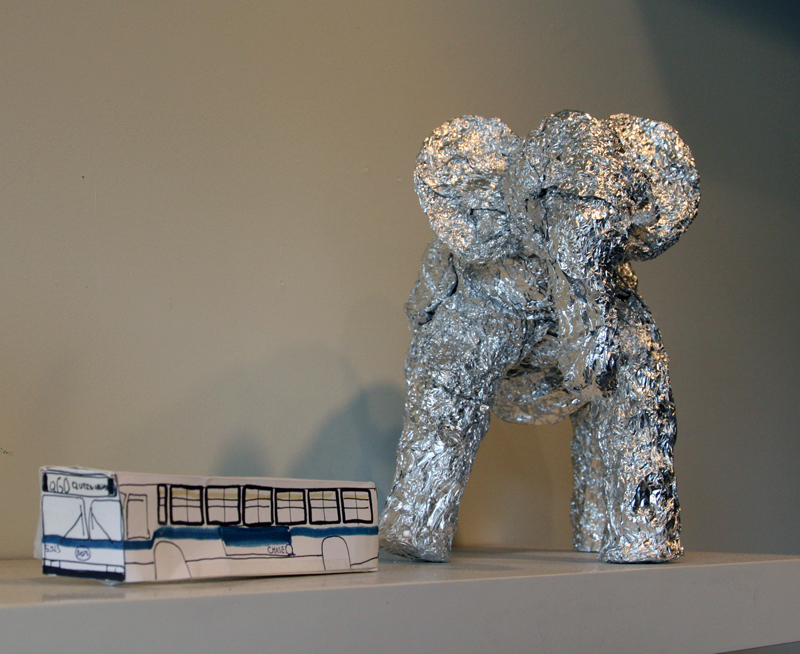 From animals to man-made machines: the adult artists of the League's L.A.N.D. art gallery shape creations out of aluminum foil and construction paper.  Photo by Nicholas C. Martinez.

Also, the League employs creative art therapy to treat their adult consumers. In 2005, the League Center opened an off-site art gallery called League Artists Natural Design. At LAND, the League’s adults produce creations ranging from hand sculpted tin-foil animals, vividly painted paper mache Nike sneakers and oil-based renderings of celebrities Johnny Carson and Alice Cooper. They then option the artwork for sale at professional galleries, where half of the proceeds go directly to the adults.

According to Kinn, art therapy acts as a release valve for her children and adults’ aggressive tendencies. “We try to find ways that they can express their deepest feelings in ways that are non-violent,” said Kinn. “Art is very meaningful in that they grab that piece of charcoal and work out their feelings. We want them to get used to turning to their art when they are distressed.”

Many experts firmly believe in art therapy’s effectiveness in treating the mentally handicapped. Kimberly Bush, a New York State licensed creative arts therapist, said of her mentally challenged students, “Touch, smell and feel, the visual, even the sounds of a tapping paint brush on paper engages and gets them to explore life in a very personal way.”

“With mentally ill and traumatized children the artwork provides both an outlet for expressing difficult feelings,” said Drena Fagen, a New York licensed social worker and Harlem based art therapist. “With the successful accomplishment of the art task, the child would witness for himself that he is capable. Gaining a sense of competency is an important developmental task for any school age child.”

Students, who spent months rehearsing, performed rousing songs and dances with musical instruments and recited foreign language phrases unique to a selected country. For example, the Canadian contingent marched in red homespun Royal Canadian Mounted Police uniforms and saluted the parents and teachers in the audience. They then sang “Oh, Canada” and dazzled the enthusiastic crowd with French greetings and phrases.

After sitting briefly in her office, a large workspace filled with numerous pieces of artwork created by her students, Kinn yielded to her emotions. “It’s a day that touches your heart and inspires you,” she said. “Who would not have tears in their eyes?”